Please note that certain areas of this website are still under construction.

The Pandemic of Racism

The global disease of racism emerged in the 15th century when a system of racial hierarchy was created by Europeans and spread across the globe infecting the minds of humans.   This virus, transmitted through the dissemination of racist ideology is absorbed by anyone who comes in its path, even when they wish to resist it.  Unlike other pandemics, racism was manufactured for the economic gain of European nations over people of African descent.  There is no biological basis for the concept of distinct racial groups.  All humans originated from Africa before migrating elsewhere and genetic evidence shows that “everyone is African under the skin”1 so the notion that there are different races is “scientifically wrong”1.  We are one human race.

This disease of racism is easily transmissible and especially virulent.  Regardless of whether Blacks live in predominantly Black or non-Black nations, racism leads to premature deaths, reduced economic standing, and adverse physical, and mental health outcomes, across the globe.  While not at all intuitive, systems of racial hierarchy poison the minds, souls, and lives of non-Black adherents.

Racism’s beneficiaries have been unwilling to invest in a cure.  In other words, they failed to dismantle the underlying systems, repair the damage, and ensure non-continuation of harm.  Yet, an urgent cure is needed for this terrifying and deadly disease.  At The Racial Equity Initiative we aim to expand the narrative from racism as an American problem to racism as an interconnected global disease that must be eradicated. 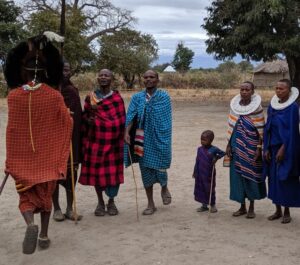 #changethenarrative We need to change narratives from “third world” and “undeveloped” nations to “natural” nations. Implicit biases are derived from messages in our environments, so narratives and ideologies maintaining White